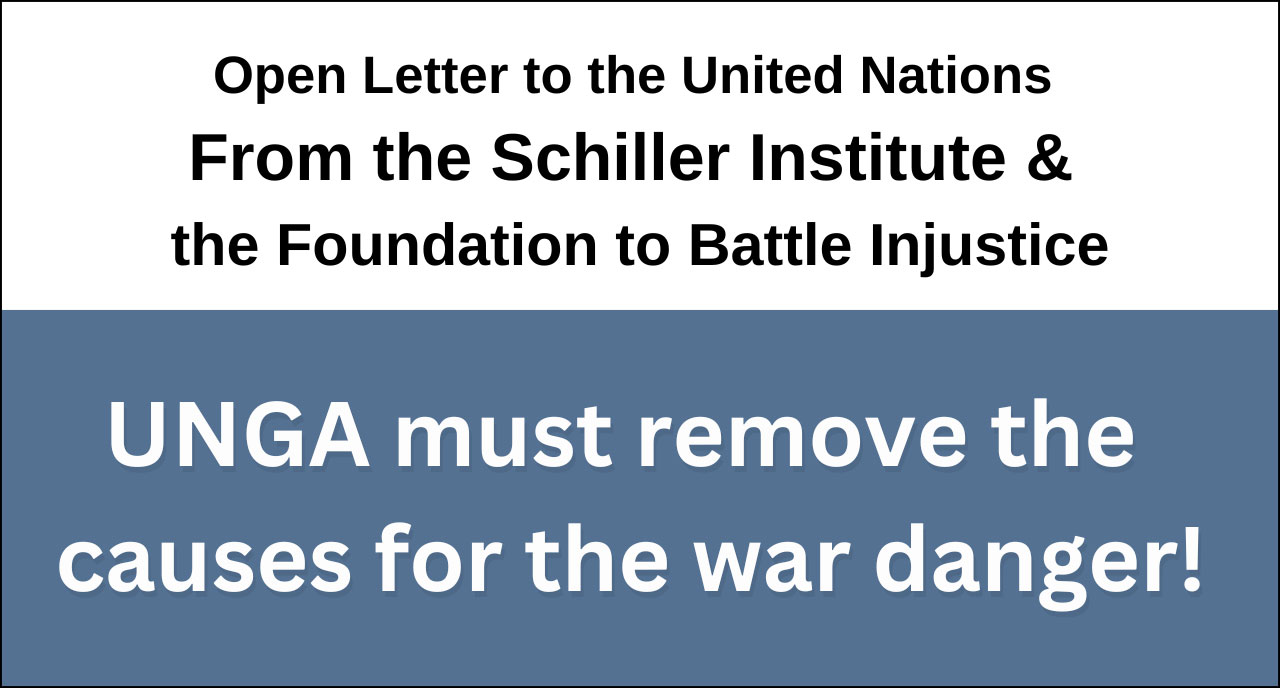 The Foundation to Battle Injustice has appealed to the UN with an Open Letter to close down the Myrotvorets- List in Ukraine which targets 4000 international journalists and other institutional people for assassination (“liquidation”) and demands a criminal investigation into the background of this operation. Many of these journalists are on that list, because their coverage did not conform to the “permitted official narrative” of NATO about the Ukraine situation. But others are on that list because they demand a diplomatic solution before the war escalates beyond control.

We are rapidly reaching that point of no return. The latest meeting of the Ukraine Defense Contact Group at Ramstein Airbase in Germany shifted the war into higher gear by having NATO member countries sending ever more sophisticated precision and longer range weapons to Ukraine. It is becoming obvious that this is already a war between NATO and Russia. The Ukrainian defense chief, Valery Zaluzhnyi, claims that Russia is about to use tactical nuclear weapons and demands that the West deploy preemptively the “entire arsenal of means at their disposal” against Russia. The “Kiev Security Compact” of the Ukrainian Government demands de facto NATO- and EU-membership for Ukraine, providing Article-5-type protection, which deputy chief of the Russian Security Council Medvedev has characterized as the “prologue to World War Three.”

The real reason for the war danger and this escalation lies in the fact, that the Trans-Atlantic neoliberal financial system is heading towards a hyperinflationary breakdown crisis, as occurred in Weimar Germany in 1923, which has been caused by the decade long monetarist policies of profit maximization and liquidity pumping. The crisis of this system is already affecting the whole world, but especially the developing countries with exploding food and energy prices.

The only way to eliminate the danger of World War Three, which threatens the annihilation of the entire human species, is the replacement of the present hopelessly bankrupt system with a new credit system, a New Bretton Woods, which relaunches the world economy and provides cheap, long-term credit lines for real economic development of the Global South. Since both the war danger and the threat of the looming collapse of the financial system affect the whole world, the UNGA is the appropriate place to initiate the creation of a New Just World Economic Order, which must take action for this now.

We appeal therefore to the UNGA to guarantee an open and free debate about the need to establish a new international security and development architecture, which takes into account the interest of every single country on the planet, not only for all journalists and individuals who are on the Myrotvorets- list, but for all people who are contributing concepts to make the world a safe and better place.

We therefore appeal to the UNGA to convoke a special emergency conference to implement such a new international security and development architecture, and to pass a resolution expressing that intent.