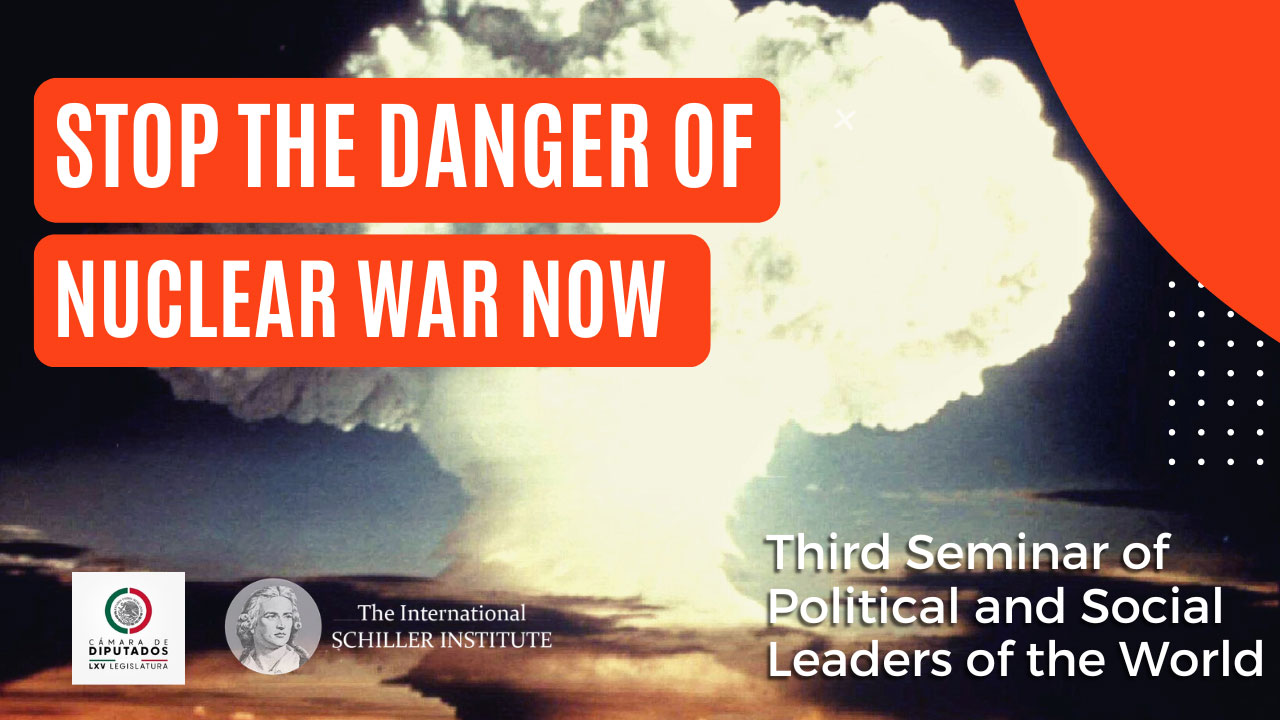 The long-awaited U.S. midterm election did not reduce the danger of global nuclear war – if anything, it increased that threat. First, because the life-and-death issues facing the United States and the world – the escalating danger of nuclear confrontation around the Ukraine theater, and the breakdown collapse of the Western financial and economic system that is driving that war danger – were scarcely even mentioned for discussion before the American and world public during that election cycle. And second, because the dynamic of economic depression is marching forward relentlessly: 1.8 billion human beings face the danger of starvation; 2 billion people lack clean water; most of Europe is being plunged into a cold and hungry winter; hyperinflation is galloping ahead, worsened by the incompetent “anti-inflationary” policies adopted by the U.S. Federal Reserve, the Bank of England, and other central banks and financial institutions of the West.

But that is only half the story. From Asia and the Non-Aligned movement more broadly, a new international security and development architecture is being forged. An epochal change is underway: Nations representing the large majority of mankind are saying that the era of blocs and geopolitics is over; that colonialism, underdevelopment and poverty will no longer be tolerated.

But if war is to be avoided, if we are to avoid sinking into two, decoupled geopolitical blocs set on a collision course, then the overriding interests of the One Humanity must be discovered, affirmed, and established as the basis for such a new architecture. National and regional interests cannot be partial and at war, one with the other, but must coincide with the interests of humanity as a whole. The threat of thermonuclear extinction has now forced that decision upon us: We shall either all prosper and develop, as we center our concerns on the benefit of the other; or we shall all perish through our own folly, and not survive to correct our mistakes.

Just how close we are to the edge of nuclear war was made dramatically clear in the events of Nov. 15-16, in which a rocket landed on Polish territory. Based on a rumor that Russia had fired the rocket, which turned out to be patently false, the world was within minutes of the activation of the equivalent of Article 5 of NATO. The entire incident, including the dangerously provocative role played by much of the Western media in fanning the flames, underscored how volatile the world situation is. Without a new international security architecture, it is only a matter of time until another such incident unleashes an actual war.

That is the subject, and the urgency, of the upcoming Nov. 22 “Third Seminar of Political and Social Leaders of the World: Stop the Danger of Nuclear War Now,” which will gather thoughtful leaders from across the planet to deliberate on these issues. Please see the attached open letter from Congressman Benjamín Robles Montoya and former Congresswoman María de los Ángeles Huerta of Mexico, urging current and former legislators from all nations to join that effort. You are also invited – you are urged – to attend and participate in that deliberation. The event will be conducted both on line and in a meeting room of the Mexican Congress, with simultaneous interpretation in four languages (English, Spanish, French and German), and it will follow the schedule we present below, along with a partial list of speakers and topics:

* Steven Starr (U.S.); retired director of the University of Missouri’s Clinical Laboratory Science Program, and a preeminent expert on nuclear war: “What Would Happen if a Nuclear War Started in the Black Sea?”

* Argentina; former congressman: “The Necessary Conditions for the Development of the Third World”

* Paulo Cannabrava Filho (Brazil); journalist, Editor of Diálogos do Sul: “Brazil and the Battle for an Expanded BRICS”

* Alberto Quintanilla (Peru); former congressman: “The End of Globalization and the Emergence of the BRICS”