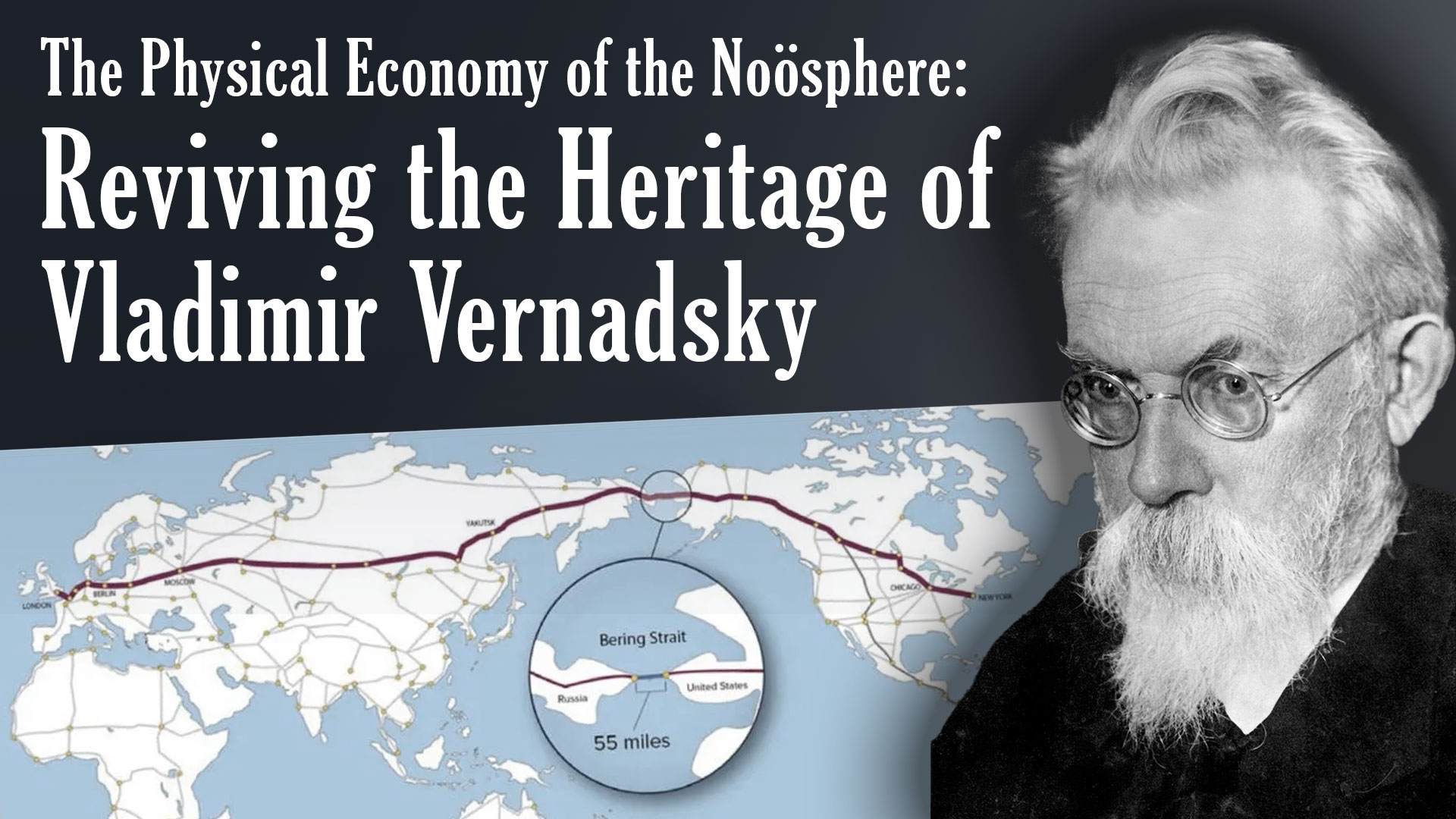 Panel 1: 10 am – 1 pm (eastern US time)
Vernadsky’s Revolution in Science and Thought

Dr. Vladimir Voeikov: “Vernadsky’s Concept of Living Substance, with Emphasis on the Fundamental Role of Water in its Existence and Development”
Doctor of Biological Sciences, M.V. Lomonosov Moscow State University

Vladimir Vernadsky, in developing the concept of the noösphere, in essence created a unique approach to physical economics, strikingly similar to LaRouche’s method of physical economy, which utilizes chemistry and rates of physical output and input of production as necessary measurements, rather than the non-specific monetarist approach. The development and discovery of new resources, and new approaches to harnessing and distributing resources to effectively increase the productive output of an economy, are a keystone of this approach. Water management, and the development of corridors of energy and transportation are also fundamental. Speakers in this panel will discuss powerful proposals in those fields and discuss new discoveries about the nature of water itself, and its relationship to the biosphere and noosphere, and the broader issues of climate in the context of the solar system and galaxy.

Eng. Andrea Mangano: “The Transaqua Project”
Veteran of the Bonifica engineering team that developed the original Transaqua concept for Central Africa in the 1970s.

Prof. Gerald Pollack: “The Fourth Phase of Water, and Life.”
Professor of Bioengineering, University of Washington, Seattle, Washington; founder of the Annual Conference on the Physics, Chemistry, and Biology of Water

In this time of great political tumult, of controversy concerning the positive role of human technological progress, and of the growing danger, whether through design or miscalculation, of military conflict between thermonuclear powers, the revolutionary ideas of the great Soviet, Russian–Ukrainian scientist Vladimir Vernadsky (1863–1945) demand to be examined and studied. This is particularly true of Vernadsky’s concept of the noösphere, the physical-economic sphere by means of which human scientific thought becomes the predominant force in our universe.

Amid calls to divide the world into ideological camps, the concept of the noösphere demands a new paradigm, one that brings humanity closer together rather than further apart.

Central to the noösphere is maintaining a fundamental commitment to the advancement of science, that is, to realizing those fundamental breakthroughs in scientific thought, which, when implemented in the productive process, enhance the power of man in the biosphere. While Vernadsky’s primary scientific contribution was his discovery of the powerful function of “living matter” in transforming and enhancing the very nature of the underlying inert universe through the “migration of atoms,” so too he saw that man, through the development of his scientific thought, was having a similar effect on transforming and enhancing the work of the biosphere.

Towards the close of Vernadsky’s life, as World War II was coming to an end, he insisted that it was urgent for countries to unite their forces in working together to realize the common aims of mankind, a commitment which he shared with the Soviet Union’s wartime ally, America’s Franklin Delano Roosevelt.

This symposium is dedicated to reviving the name, ideas, heritage, and mission of this seminal scientist. We have assembled noted scientists from around the world to come together to discuss fundamental scientific advances being made, or soon to be made, in their respective fields of activity, many of which were also fields of inquiry for Vernadsky. In the afternoon, we will discuss some of the physical engineering projects underway in various parts of the world to improve the condition of mankind — to develop the noösphere.

WHEN
Saturday, November 12, 2022
WHERE
schillerinstitute.com