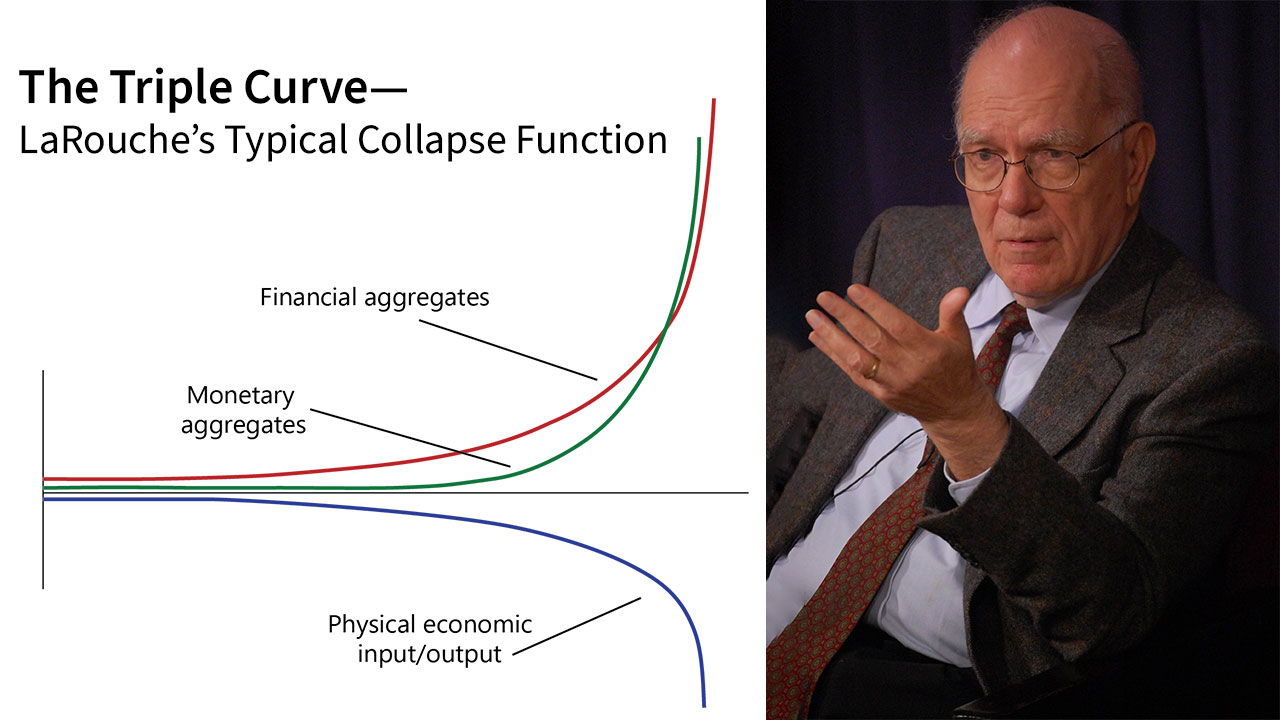 2) Andrey Kortunov (Russia); Director General of the Russian International Affairs Council (RIAC): “Russia and the Indivisible Security of All Nations”

4) Dr. Wolfgang Bittner (Germany); Author of over 80 books; Doctor in Law: “The West-East Conflict – An Orchestration”

1) Diane Sare (U.S.); LaRouche independent candidate for U.S. Senator from New York: “The Collapse of the West and the Urgent Need to Join the Belt and Road Initiative”

5) Geoff Young (U.S.); Democratic Party nominee for U.S. Congress from Kentucky, CD 6: “What Must Change in Washington Before the U.S. Can Join the Belt and Road Initiative"

2) Francesco Battaglia (Italy); Professor of Physical Chemistry at the University of Modena, Italy: “The Fraud of Climate/Energy Transition”

2) Felipe Maruf Quintas (Brazil); Professor of Political Science, Fluminense Federal University, Rio de Janeiro; columnist for “Monitor Mercantil”: “The Role of Brazil in the Dialogue of Civilizations and in the World’s Physical Economy”

In this year of 2022, the 100th anniversary of Lyndon LaRouche’s birth, it is time to finally recognize the accuracy of his warning over decades: That the continuation of the financial speculation and looting policies of the City of London and Wall Street’s free-trade and floating exchange rate system, enshrined after August 1971, would necessarily lead to war--and very possibly thermonuclear war--coupled with the drastic collapse of the world’s physical economy and resulting depopulation; the deaths of millions and even billions of human beings through famine and pandemics.

But it is also time to take recourse to the policy solutions provided by Lyndon LaRouche, to bring about the successful bankruptcy reorganization of that dying system, and replace it with a new international security and development architecture built on the same philosophical cornerstone of statecraft which gave rise to the Peace of Westphalia in 1648.

On the danger of nuclear war, the spokesmen for the bankrupt trans-Atlantic system have been explicit about their intention to goad Russia to the very brink, in the hope of getting Russia to back down and submit to the unipolar empire. Malcolm Chalmers, Deputy Director General of the Royal United Services Institute (RUSI), the central policy-planning think tank of the British Empire since its founding in 1831, stated openly that the British were in the process of “boiling the Russian frog,” and were intent on provoking a Crimean Missile Crisis to force Russia to strategically capitulate.

On the matter of physical economic collapse, the Federal Reserve Bank has led a worldwide frenzy of Quantitative Easing which has unleashed galloping hyperinflation, now spreading from the $1.9 quadrillion in unpayable derivatives and other financial assets into the producer and consumer goods sectors of the economy. As a result, there are drastic and growing shortages in food, energy, and other goods essential for human survival. Up to 2 billion out of the nearly 8 billion people on this planet are facing food insecurity this year which, if not urgently reversed, will rapidly become hunger and then starvation for up to one quarter of humanity. While the sanctions imposed on Russia and the impact of the war in Ukraine have aggravated the crisis, especially in regard to food and energy supply, the notion that the economic breakdown crisis has been caused by the war, simply ignores reality. Ending the war will not end the systemic breakdown of the entire western financial system.

There is little question that there is a brewing world-wide revolt against these economic conditions and the associated war danger. Most of the nations of Africa, Ibero-America and Asia have refused to go along with the suicidal sanctions policy against Russia, and even the European Union is fissuring, incapable of reaching a consensus view on the matter.

Another strong indication of the rising tide of deep concern over the dangers facing humanity, is the response to the Schiller Institute’s April 26, 2022 interview with Col. Richard Black warning of the war danger, which had over 630,000 views as of May 31.

Such ferment is a necessary, but not a sufficient condition to bring about the requisite global new Renaissance. As Helga Zepp-LaRouche stated in the discussion period of a May 26 Schiller Institute event:

"Even if one gets a negotiated solution for Ukraine, which I think is absolutely necessary, even if that were to succeed, we would not be out of trouble. We are still in a hyperinflationary blow-out of the financial system, which is the real locomotive for the war danger, because that is what motivates these people. Because rather than reforming and recognizing that the neo-liberal system is finished, they would rather go to war.

"Therefore, as long as you don’t address the underlying reason, which is the collapse of the financial system, I don’t think there will be a solution. I absolutely think that what I have said in terms of the international security architecture and development architecture, is the only way. And that brings up, naturally, the big question: Is there any hope to get the United States to change its course?”

Join us at the June 18-19 Schiller Institute international conference to make sure that question is answered in the affirmative, and to build a growing international movement for Lyndon LaRouche’s policy solutions to the global crisis.