Call for an Investigation of the Ukrainian CCD Hit List 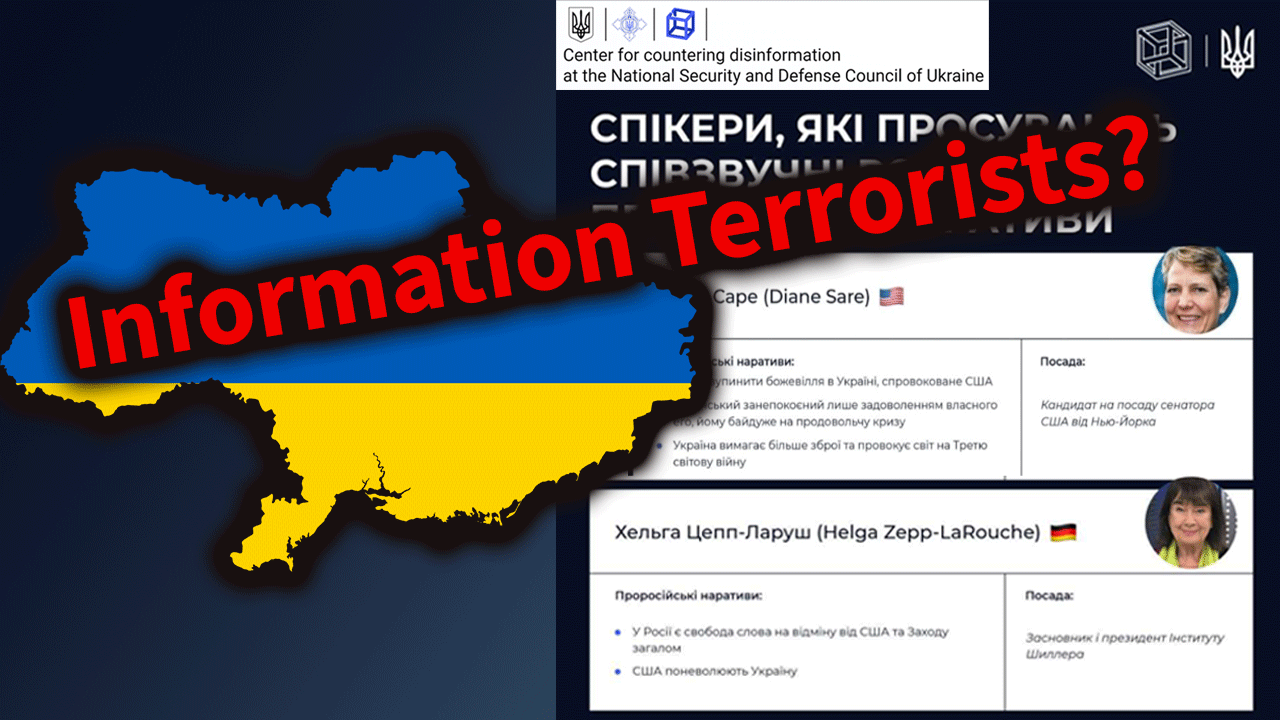 PDF of this statement

· Responses to Ukraine’s Nazi Hit List from Around the World

I fully support the joint statement (see below) issued in response to the July 14 posting by the Ukrainian Center for Countering Disinformation accusing 72 prominent individuals from around the world as supposed promoters of “Russian Propaganda.” The head of the center, at the time the list was released, described these individuals, as well as all those calling for a negotiated solution to the crisis, as “information terrorists” who should be treated as “war criminals”. This is not only a direct security threat to those named individuals, but it also is a threat to free speech and civilized discourse everywhere in the world among those seeking solutions to the world’s crises that do not coincide with the dominant “narratives.”

For that reason, I call on the legislature and other elected representatives of the people in my country to open an investigation of these threats, and of those that are behind them.

The following is a joint statement by the initial signers, listed below, in response to the July 14 posting by the Ukrainian Center for Countering Disinformation accusing 72 prominent individuals from around the world as promoters of “Russian Propaganda.”

Response to the Ukrainian black-listing

We, the participants in various conferences of the Schiller Institute, and other individuals named in the Ukrainian list, are accused of promoting “Russian propaganda” on a list posted by the “Ukrainian Center for Countering Disinformation,” which is officially part of Ukraine’s National Security and Defense Council, operating under the authority of the President.

In times of war, publishing such a list is tantamount to targeting individuals. It is all the more unacceptable that the list agglomerates the names of many speakers, representing top institutions from around the globe, with diverse opinions, who are involved in a dialogue, searching to arrive at peace in the interest of all.

To assume that such a wide array of speakers are all “Putin agents” and can’t think for themselves, can only be explained by a belief in conspiracy theories, or as mere vulgar propaganda, or both. The key question is whether the listed speakers are promoting viewpoints consonant with the truth.

Normally, this would be up to an audience to decide. But the U.S./NATO efforts to blacklist those that would offer any “alternative narrative” on Ukraine, until now, remains unchallenged.

So, hats off to Ukraine for providing a handy list of speakers who voice different ideas.

Those interested in finding out the truth will now be better able to compare the official story—the “narrative”—with an uncompromised critique, determine which can bear close scrutiny, and decide for themselves which analysis is closer to the truth.