Will Humanity Prosper, or Perish? The Future Demands a 'Four-Power' Summit Now 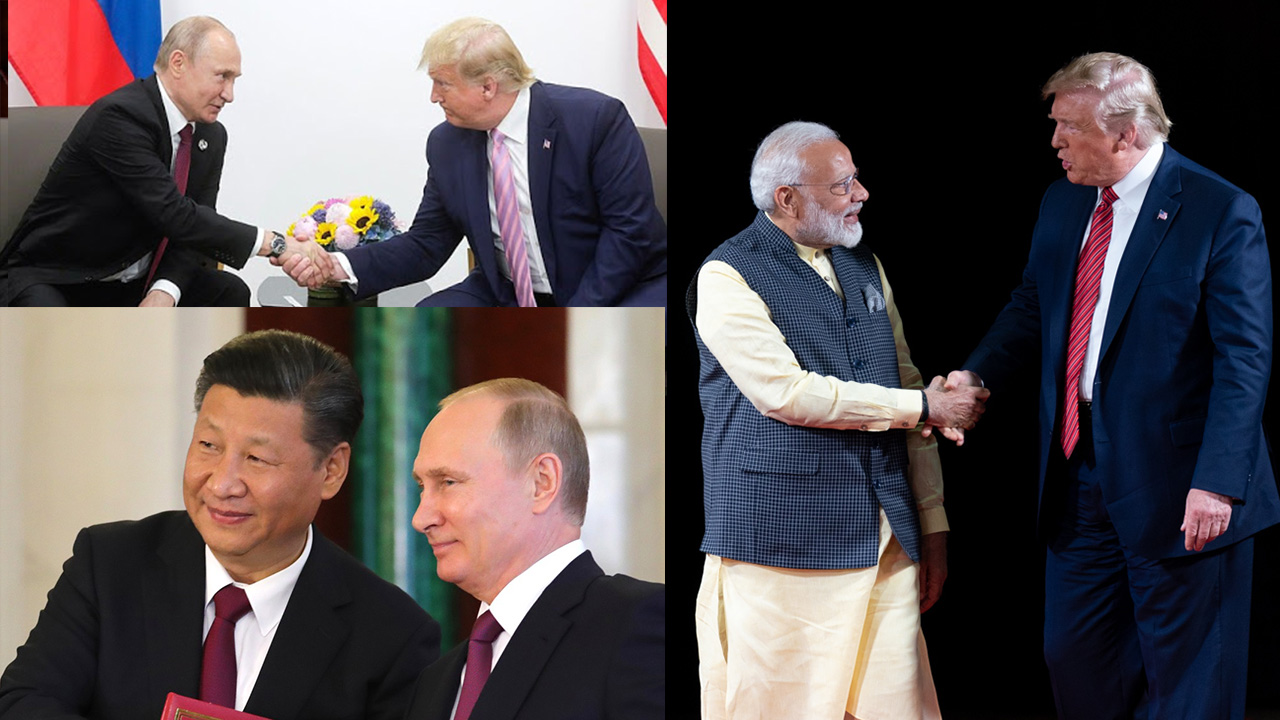 
Panel One: Will Humanity Prosper, or Perish? The Future Demands a 'Four-Power' Summit Now


Panel Three: The Job of Youth

Since January, Schiller Institute’s chairman Helga Zepp-LaRouche has insisted that the United States, Russia, China, and India must meet. Their leaders must show the statesmanship required to overcome insipid Cold War propaganda tactics and geopolitics, and join together in an emergency mission to build a fully functional health infrastructure for the world, particularly South America, Africa, and parts of Asia, requiring hospital construction, clean water systems, road systems, and training facilities for young doctors, nurses, and physician assistants.

For over 35 years, and in particular over the past seven years, the Schiller Institute has campaigned for just this sort of statecraft.

Two contending views of humanity’s next 50 years are now before the world to choose:

One view calls for reversing the impending depopulation of the globe caused by global pandemics. These pandemics have, without exception, resulted from failed financial, economic, and military policies, and especially from the complete deregulation of the financial markets during the past three decades.

The other opposing view calls for a “Green New Deal” energy policy, which will immediately worsen the planet’s present health crisis, and could even result in the death of the majority of the human race.

We must denounce the latter depopulation policy, organizing the trans-Atlantic world to join the new cultural paradigm now being spearheaded by China’s Belt and Road Initiative, and moving the world into what the Schiller Institute has called “the World Land-Bridge.” Precisely while China, through the President Xi Jinping’s Belt and Road Initiative, has engaged 150 nations in a drive to end poverty throughout the world, Malthusian financial forces in the United States and Europe who oppose this, have stigmatized China as “the source of virus”—a not-so-veiled resurrection of the racialist doctrine of 100 years ago called “the yellow peril.”

“The white populations of the world will soon cease to increase. The Asiatic races will be longer, and the negroes still longer, before their birth rate falls sufficiently to make their number stable without the help of war pestilence…. Until that happens, the benefits aimed at by socialism can only be partially realized, and the less prolific races will have to defend themselves against the more prolific by methods which are disgusting even if they are necessary.”

The world, particularly our youth who will build the world of Earth’s next 50 years, must reject, in the strongest possible terms, such ideas and policies for imposing systemic backwardness globally, including under the “Green New Deal” guise. There can no longer be any doubt that the world’s most advanced technologies—in space, in manufacturing, in mining, in agriculture—must be immediately brought to bear, crash-program fashion, on the global pandemic and on the economic crisis which otherwise could see the death and displacement of even tens of millions in the short term. Such mass death is already occurring in Brazil and other nations. The World Food Program is warning that in months, we may see as many as 300,000 people die of starvation daily, primarily in the developing sector.

A new document, “The LaRouche Plan to Reopen the U.S. Economy; The World Needs 1.5 Billion New, Productive Jobs” outlines how that tragedy can be reversed by launching the greatest economic expansion in human history, including 50 million productive jobs in the U.S. and Europe respectively.

When South African President Ramaphosa congratulated South African-U.S. dual citizen Elon Musk on the successful completion of the American mission to the International Space Station, he was expressing the kind of national statesmanship required to finally end the world tyranny of globalization and geopolitics. The latest breakthroughs in science, made available to those most in need, can now usher in a new era which can be called Human Economy. As Lyndon LaRouche stated, “Instead of those currently failed ideas, we must adopt a notion of economy whose standard is functionally consistent with the crucial difference, the principle of creative reason.”

This pursuit of economic justice, in particular for the children of the world born into life-ending circumstances, will have the additional beneficial effect of addressing other problems of social justice recently given so much prominence internationally.